Learning from the “Frontrunner”? A Multidisciplinary Analysis of the Chinese Social Credit System and its Impact on Germany

Previous Next
Learning from the “Frontrunner”? A Multidisciplinary Analysis of the Chinese Social Credit System and its Impact on Germany

China’s Social Credit System (SCS) is an artificial intelligence supported system seeking to enhance moral behavior, financial reliability and social control. It is one of the most significant examples of radical digital innovation, and to date the largest attempt made in social engineering. Its effects transcend China as it affects foreign companies and individuals present in China – including those of Germany and Bavaria. Against this background, this interdisciplinary project investigates the opportunities and risks derived from China’s digital transformation (through the SCS) and its impact on Germany and Bavaria’s government, firms and society. To this end, we build on the team’s expertise on the technical structure of the SCS from an informatics perspective; on cooperation and competition between Chinese and foreign firms, from an economics perspective; and on the impact of the SCS in global governance and diffusion processes from a political science perspective.

This project is funded by the Bayerisches Forschungsinstitut für Digitale Transformation (bidt). 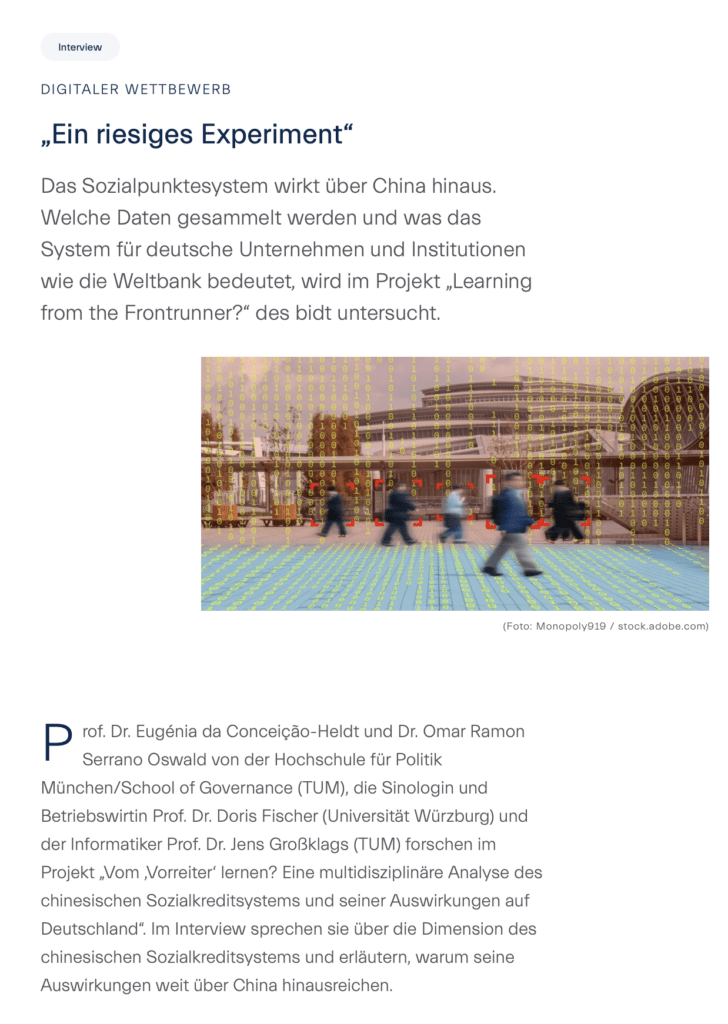