Populism as a ‘corrective’ to trade agreements? ‘America First’ and the readjustment of NAFTA

Previous Next
Populism as a ‘corrective’ to trade agreements? ‘America First’ and the readjustment of NAFTA

The past few years have seen an upsurge in populist politics around the globe. Yet, its potential impact on the liberal international order has been analyzed mainly from a discursive perspective, and much less is known about actual policy implications. Adopting an ideational approach to populism and taking the case of the NAFTA renegotiation process as a building block in the liberal economic order, this article studies the populist imprints of the revised agreement. First, we demonstrate how the populist division of society between ‘the corrupt elite’ and ‘the honest people’ and the emphasis on popular sovereignty were used as narrative frames in criticizing NAFTA. In a second step, through selected provisions, we show how alterations to NAFTA are considered as ‘populist corrections’ to guarantee greater representation for ‘the people’ and better safeguards for popular sovereignty under the USMCA. The article concludes with a discussion of potential implications for global trade. 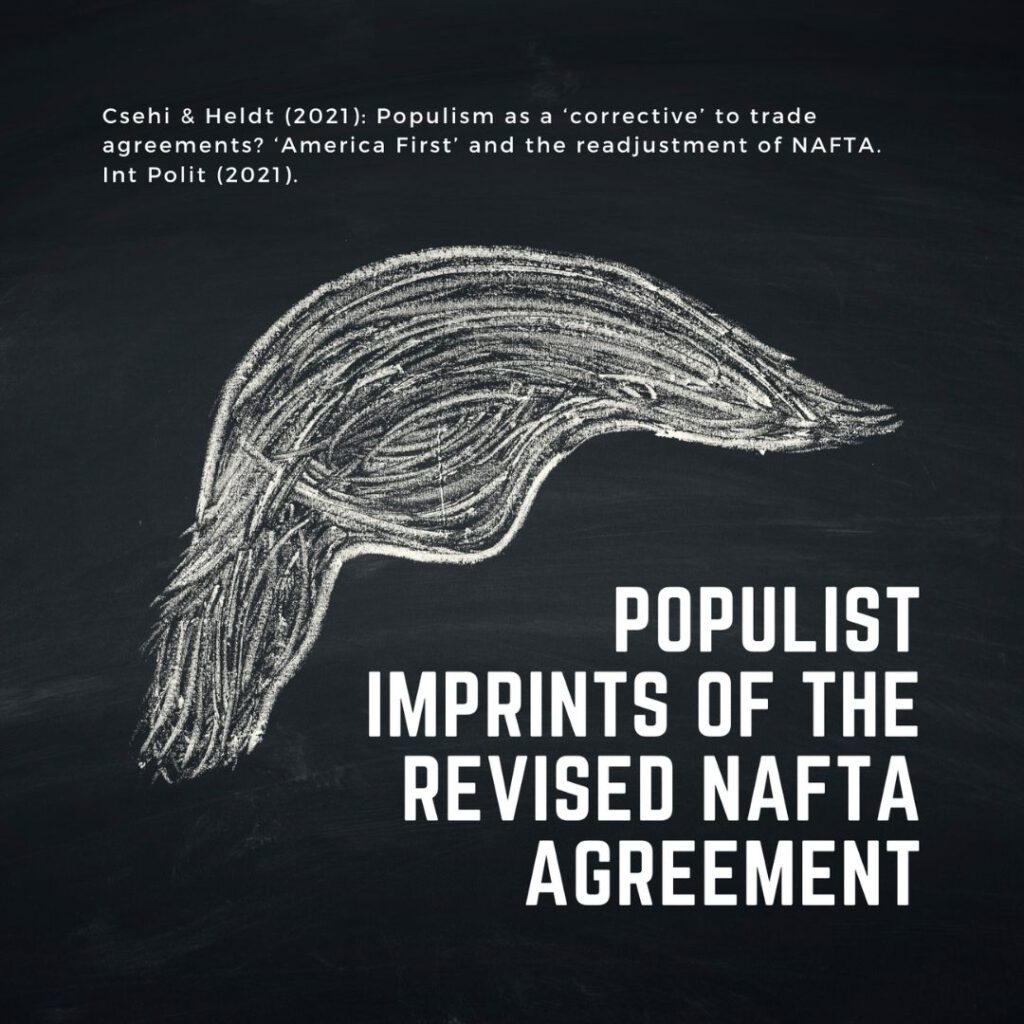